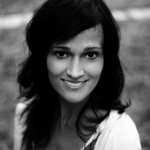 Heather began her early training with Jacqueline School of Ballet under the direction of Jacqueline Colledge, then later studying on scholarship at The San Francisco Ballet School. She performed many roles with the company in productions such as; Romeo and Juliet, Nutcracker, and Swan Lake. In 1993 Heather was asked to become a member of Het National Ballet in Amsterdam, Holland. During her professional career she worked with world renown artists such as; Hans Van Mannen, William Forsythe, and Rudi van Danzig. Performing Principal and Soloist roles in both Contemporary and Classical Repertoire. Some full lengths include; Sleeping Beauty, Giselle, Swan Lake, La Bayadere, Nutcracker, Romeo and Juliet. Also Included in her performing was a wide range of Balanchine works. Dark angel in Serenade, Violin Concerto (Principal Pas de deux,)Symphony in C, Diamonds, Kammermuziek, to name a few.

Heather joined Ballet West as a Soloist in 1998, under direction of Jonas Kage, dancing Principal roles. One of the highlights of her career was dancing in Wiliam Forsythes, Artifact. Later Heather was offered a contract with Alonzo King Lines Ballet, where she was invited to tour Africa and Asia.

Recently Heather has found a passion for choreography. She has choreographed works for many companies across the United States. Her most recent projects include; A newly commissioned work for the International Ballet Competition in Jackson Mississippi, Ballet West II, Utah Valley University, both University of Utah’s Ballet and Modern department. In 2008, 2009, 2010, 2012, 2015 her works won high Honors at the Regional Dance America Festival, and have been selected for the National Choreographic Plan. Heather has also been selected as an outstanding choreographer for the Youth America Grand Prix Ballet Competitions in 2009, 2010, 2012, 2016 and 2019. She has been awarded best teacher 2017 & 2018. She is currently directing Utah Metropolitan Ballet II Pre-Professional Company, and is on faculty with Utah Valley University.