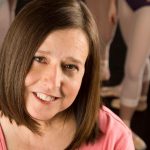 Jacqueline Colledge began her early training with Utah native Bill Evans. Upon his recommendation, she attended the University of Utah to continue her studies, working with Willam Christensen, Gordon Paxman, Bene Arnold, and Mattlyn Gavers.

Ms. Colledge became a member of Ballet West, under the Artistic Direction of Willam Christensen in 1968, dancing with the company while attending the University of Utah on a full scholarship. While performing with Ballet West, she danced various solo roles and worked with noted choreographers and teachers, such as Lew Christensen, Jacques d’Amboise, Michael Smuin, Dimitri Romano, and Francia Russell.

Jaqueline Colledge School of Classical Ballet opened in 1976 following her retirement from professional dancing. Because of her desire to build a respectable school in a then rural area such as Utah County, she began teaching with only six students. Within a few short years, that number grew to more than three hundred students.

Desiring to give her students more education and performance opportunity,she organized the first non-profit organization, Utah Youth Ballet in 1981. In 1984, the name was changed to facilitate, the artistic growth of the company and became Utah Regional Ballet. In 1986 the youth company became members of Regional DanceAmerica, and remain a company in good standing to present. Another milestone was reached when the professional wing of the company was established in 1999, contracting ten full-time dancers. This created a need for Utah Regional Ballet II, which separated the professional from the vocational dancers. URBII provides the training ground for talented young dancers to develop into seasoned professionals. In 2018 the name changed to Utah Metropolitan Ballet

The Utah Metropolitan Ballet company dancers are in residency at Utah Valley University, where, in 1994, the Ms. Colledge developed the curriculum for the ballet program on campus. The university now offers a Bachelor of Fine Arts with and emphasis in Ballet Performance. Graduates in the program have been accepted into graduate programs, and are working in professional companies. Because of Ms. Colledge’s tireless commitment and her dancers’ discipline, the Utah Regional Ballet company has accomplished amazing success. Her peers and other well known professionals and local arts community throughout the United States, and Europe, hold Ms. Colledge in high esteem.

Ms. Colledge served on the National Board of Regional Dance America from 1995 to 1999 and on the Utah Dance Educator’s Organization Board of Directors 2006-2008, and is presently serving on the RDA/Pacific, Board of Directors. Utah Metropolitan Ballet II received honor credit in Regional Dance America/Pacific Festival held in Las Vegas in May. Since becoming a member of Pacific Region, the company has earned honor credit every year since 1988. Ms. Colledge received the Outstanding Choreography Award for her work “10 in Four Movements”and was placed on the National Choreography Plan for Regional Dance America.